OSA multipurpose nonlethal handguns have been used by the Russian police and special forces for more than 10 years as a second nonlethal gun, and have been shown to be an effective and powerful  tool.

OSA nonlethal pistols and pyrotechnical units can be also used as a flare launcher or flashbang gun. The OSA Signal Pistol with flashlight flare is ideal for use as a distress signal on boats.

A weapons license (Erwerbserlaubnis) is required to buy OSA PB-4-1 and OSA PB-4-2 pistols and ammunition as well as the OSA-Egida pyrotechnical unit and pyrotechnical cartridges in Germany.

All OSA pistols use a unique “intellectual” electronic action that greatly contributes to the reliability of the system. When the trigger is pressed, a special chip tests all loaded ammunition and sends the ignition electric impulse to the primer of the first cartridge, which is ready to fire. This test takes less than two milliseconds.

All OSA pistols have DAO type action: the pistol can be fired only when the trigger is pressed.
OSA pistols can be fitted with integral laser sight, which provides excellent speed and accuracy even in poor light. The laser sight is powered by a powerful lithium battery. The electronic action is powered by a special compact electromagnetic generator.

A selection of holsters is available for the OSA pistol 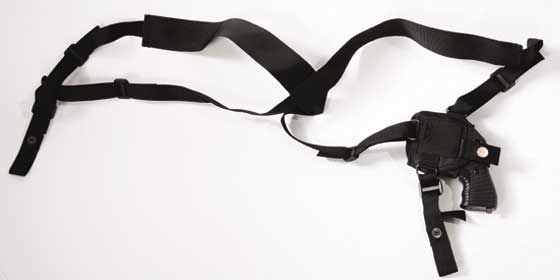 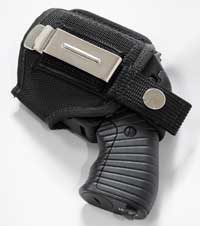